This is the ninth weekly installment featuring highlights from the 20 chapters in the new book, Deaf Eyes on Interpreting, edited by Thomas K. Holcomb and David H. Smith, which is scheduled to be released in June by Gallaudet University Press.

As an attorney, Tawny Holmes shares her perspective on legal issues related to access for Deaf college students in her chapter, “Higher Education: Higher Expectations and More Complex Roles for Interpreters.” Her goal is to empower future Deaf college students to thoroughly understand their legal rights so that they may receive appropriate services to support their education.

She discusses ways that students can self-advocate regarding the interpreters they will use to access their education. For example, she comments that even though it is nice to have a “certified” interpreter, it is better to have one who is well-versed in the major area of study. She recounts her own experience in law school, where the interpreters were not familiar with the legal terminology used in her classes. So she had to spend extra time preparing the interpreters in terms of vocabulary and sign choice.

This is the eighth weekly installment featuring highlights from the 20 chapters in the new book, Deaf Eyes on Interpreting, edited by Thomas K. Holcomb and David H. Smith, which is scheduled to be released in June by Gallaudet University Press.

As Leala Holcomb discusses in the clip above, although information sharing has always been an important feature of Deaf Culture, it is no longer restricted to in-person discussions at Deaf clubs or schools. The emergence of social media has created an important source of support and information that can counteract widespread negative messages and encourage shared strategies for overcoming discriminatory barriers.

Whose Reputation is at Stake? — From Deaf Eyes on Interpreting

This is the seventh weekly installment featuring highlights from the 20 chapters in the new book, Deaf Eyes on Interpreting, edited by Thomas K. Holcomb and David H. Smith, which is scheduled to be released in June by Gallaudet University Press. This chapter, “Whose Reputation is at Stake?” was co-written by Tara Holcomb and Aracelia Aguilar.

As  Tara Holcomb describes in the video clip, this chapter stems from experiences that the two women had while attending a large professional training with participants from all over the country. Holcomb and Aguilar experienced frustration while trying to participate fully in this conference when they realized that they and the local interpreters hired to work with them had very different ideas about what constituted appropriate behavior. They explain the steps they took to take back the control of the situation so that they could present themselves as capable Deaf professionals that they are. 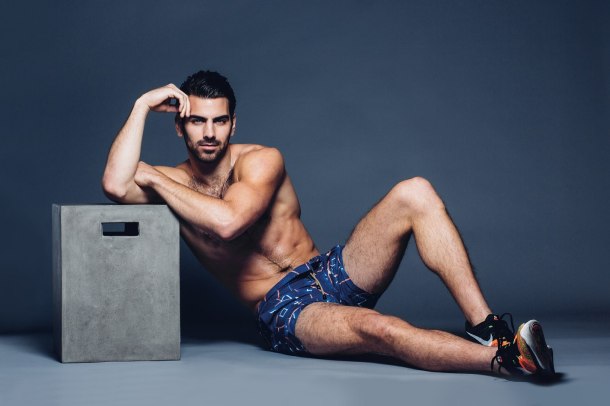 The Deaf community has gone wild about Nyle DiMarco. Not only because of his stunning dance routines on Dancing with the Stars or his winning the competition as America’s Next Top Model last February.   And not even because of his handsome looks or perfect physique. Rather, it is the ways in which he projects a positive and inspiring image of the Deaf community, demonstrating what Deaf people are capable of, regardless of their speaking or listening abilities.

Visit his website to learn more about Nyle, the collectivist nature of the Deaf community, the richness of a signing family, and some of his passions, including spreading the word about talented Deaf performers (#DeafTalent), the importance of Deaf owned companies and Nyle’s current priority: Deaf children and their families.

Strikingly, instead of just basking in his own success, Nyle has vowed to use his unique opportunities to bring attention to critical issues affecting Deaf people. In this way, he exemplifies the Deaf cultural value of giving back to the community. He is fully cognizant of the fact that most deaf children do not have the same privileges he had to become a bi-lingual individual with a healthy sense of self as a Deaf person. Because of this, he is capitalizing on his fame to support the work of the Deaf community, such as the Language Equality and Acquisition for Deaf Kids (Lead-K), the National Association of the Deaf, and Gallaudet University, with the goal of helping parents of deaf children understand the value of raising a deaf child who is bi-lingual in ASL and English, as opposed to trying to restrict the child to an English-only environment at home and school.

To further his goal of making the world a better place for all Deaf people and their families, Nyle has established The Nyle DiMarco Foundation, whose website states “Nyle and the Foundation are guided by the principle that every child deserves love and language ” and adds that “the key to unlocking a Deaf child’s future is acquiring language at an early age.”

The Foundation’s aims include improving “access to accurate, research-based information about early language acquisition–specifically, the bilingual education approach. Through the early intervention process, the child’s language and literacy development should be the focal point.”

Check out this website to learn more about his work. This is what Deaf Culture is all about. No wonder the Deaf community is wild about Nyle!

Today we remember Marjoribell (Mabs) Stakley Holcomb, who passed away exactly one year ago (Feb. 23, 2014). She was one of the early pioneers in the movement to support Deaf women’s quest to achieve independence, equality, and respect. Below is her obituary.

After 89 years and several health challenges, including two brain tumor surgeries, kidney removal, and partial paralysis for the past 28 years, Marjoriebell “Mabs” Stakley Holcomb passed away peacefully on February 23, 2014 at her home with her beloved sons and daughter-in-law, Sam, Tom, and Michele by her bedside. Her husband, Roy, preceded her by 15 years. Leaving behind are Sam’s wife, Barbara Ray, six grandchildren, Tara (and husband Chad), Amy, Leala, Mark, Cary, and Troy, and three great grandchildren, Makenna, Pax, and Thoreau.

Born on July 8, 1924 in Akron, Ohio, considered a hot spot for the deaf community at that time, Mabs was inspired by many deaf leaders there while growing up. This experience, along with her Gallaudet College days and the leadership training she received at San Fernando Valley State College, now known as California State University at Northridge, prompted her to be one of the pioneers in the liberation of deaf women. She, along with Sharon Wood, published Deaf Women: A Parade Across the Decades in 1988 with the goal of inspiring deaf women everywhere. She also was one of the early advocates for the inclusion of the deaf voice in the field of interpreting and was one of the original deaf evaluators for the RID certification process.

Mabs was the second in a five-generation deaf family. Her legacy continues through her children and grandchildren. In this moving and informational videoclip, created by her granddaughter, Leala Holcomb, Mabs, along with her son, granddaughter, and great grandson share their thoughts on the evolution of deaf education.

Fascinating article by Rabbi Yehoshua Soudakoff, a Deaf man from a Deaf family who realized his dream of studying at a yeshiva and becoming a rabbi, despite facing many challenges along the way. (Note: the article is sprinkled with Yiddish words, but even if you don’t understand them, Rabbi Soudakoff’s eloquence and spirit are crystal clear). 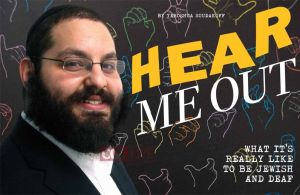 Link to “Love being Deaf” by Chad Taylor

Here is an articulate young man’s reflections on what it means to be Deaf – and proud to add that he happens to be my son-in-law.